We transform your ideas into streamlined architectural house plans

Lars Room Additions merges aesthetics and mathematical precision to compose stunning, streamlined, and workable architectural home designs and building plans in San Diego and across the region. With extensive knowledge of design, codes, relevant regulations, and construction, our accomplished residential architects have the necessary building blocks to create top-of-the-range home additions, new home designs and house building plans. Every project is personalized to the client’s preferences and carefully thought through to meet all technical and legal requirements.

If you’re looking for dependable and thorough architects and and custom home builders near you to handle your architectural design in San Diego, Lars Room Additions will have you covered.

Our home architects design with your lifestyle in mind

Lars Room Additions has developed a unique process based on a joint effort of our team of residential architects. The goal of our meticulous procedures is to create a cutting-edge home design that fully aligns with the client’s vision. This is how it works: 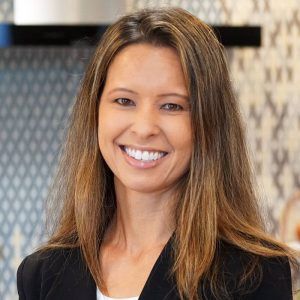 As a young child, Debbie’s strong interest in design and architecture was evident in the hours she spent playing with Lego sets, constructing buildings and cities or drawing floor plans of dream homes she hoped to someday build. As a native San Diegan, Debbie has watched the immense growth of the city and was always fascinated with the planning and building that went into its physical creation.

Having earned her degree in Architecture at the University of Arizona, Debbie returned home to San Diego to pursue her career in architecture. Licensed in the state of California, Debbie’s dedication is a true testament to the discipline required to achieve that significant accomplishment, as anyone who understands the testing process can attest to. After working for many firms in both commercial and residential and owning her own business, Debbie found that not only is great design in the details, but the importance of client relationship is crucial to the success of the project, which is what led her to her role as Director of Architecture at Lars Remodeling and Design. Debbie felt a strong alignment with her own core values related to great design and exceptional customer service and felt excited to be joining a team of talented, experienced individuals that are highly responsive and sensitive to the client’s vision.

When not overseeing her team and setting an impressive bar with her residential architectural design, Debbie is dedicated to her family, including her husband and two daughters for whom she strives to set an example of a strong female in a leadership role in the building and construction industries. Together, Debbie and her family enjoy travelling, health and fitness to balance the demands of her busy career.

What sets us apart from other architecture firms

Our residential architects and new home builders work closely with our clients through each phase of the building process, providing innovative architectural design solutions and impeccable attention to detail. We carefully review house building plans with our clients and adjust our designs based on their feedback. Functionality and aesthetics are balanced with detailed attention paid to small nuances that can impact the overall design. Our architects communicate the design vision for each project using a variety of tools including vision boards, space plan layouts, digital models, and life-like renderings.

Learn more about our architectural services

What does a house architect do?

A residential architect is a qualified professional who designs buildings. Architects create house building plans based on their clients’ requirements and precise measurements and calculations. They are responsible for ensuring that a residential architectural design adheres to the criteria of safety and aesthetics as well as fit in with building code and zoning regulations.

Lars Architectural Department consists of some of the best trained and most experienced residential architects near you, who’ll guide you through the process of home design and ensure that the end result suits your needs. As one of the leading architecture companies in the area, we are known for providing carefully tailored house building plans to our customers across the San Diego area.

What is a modern house design?

If you’d like to keep up with the latest trends in home design, you’ll probably want your new home to be built in a modern design style. Our home architects have experience working with a variety of styles across San Diego. They’ll help you implement this coveted modern look in your new home. Here is what this contemporary style usually involves:

What should architectural plans include?

House building plans are the basis for future construction, making them a crucial part of your project in San Diego. Receiving the home building plans from your architect is usually rewarding as you can finally see your ideas in black and white and picture them taking shape. Here’s what architectural house plans typically include:

What are the five phases of an architectural design project?

Most architecture companies in San Diego will take you through these stages of the home design project:

How do I find an architect near me to design my home?

You wouldn’t trust any architecture firm with your large-scale residential architectural design. If you want only the best to work on your home design plans, try this:

Lars Room Additions is one of leading architecture firms in San Diego that provides tailor-made new home designs combining timeless style, top-tier practicality, and lasting quality. We’re an award-winning team of educated residential architects that has made it possible for many design projects to come to fruition.

What is the best architecture firm near me in San Diego?

If you’re looking for a team of specialists in residential architectural design to handle your house designs and building plans, reach out to us to schedule a consultation and share your ideas with our committed professionals. We’ll take it from there, applying our finely honed skills and understanding of interior design, codes and regulations, and building processes every step of the way. You’ll be regularly updated and involved in every facet of your room addition in San Diego and the surrounding neighborhoods.

We consider it our responsibility to make the process effortless and enjoyable for our clients. Most importantly, your satisfaction will the final outcome is our top priority. Thanks to the modern approach of our architects, you can count on speed, precision, and flexibility.

In addition to modern home design, you can also rely on us for:

Looking for a trusted architect near you? Turn to the leading architecture firm in San Diego for modern home design and house building plans today. Your dream home is a call away.